No Result
View All Result
TRENDING
Write for Us

No Result
View All Result

Learn to use Messenger Marketing on eCommerce Industry

How We Took 1 Dead Funnel, Implemented KISS, And Turned It Into A $70k Per Month Powerhouse Almost Within 90 Days with Shopify Dropshipping Store.

Hey, my name is Swayam Dhawan, and I recently had a client, showing how he was able to take one of his marketing funnels that were working so poorly, he literally was about to shut off the e-com business, and walk away from it forever…

But, in almost a moment of desperation, he decided to try something crazy – and within 30 days, this funnel had done over $15k in sales…

CASESTUDY: How We Took 1 Dead Funnel, IMPLEMENTED KISS, And Turned It Into A $70k Per Month Powerhouse Almost Overnight…

How it’s all started with New Shopify Dropshipping Store?

Earlier this year, he almost walked away from a sales funnel he had spent over 18 months trying to perfect, but he just couldn’t make profitable.

He was selling CUSTOM PRODUCTS like T-Shirts, Mugs, Hoodies and Beauty/Fashion products. He had invented, and while the website was creating customers, it was doing it at a loss.

Not a good way to run a business long term.

Yet for some reason, they couldn’t turn the corner on this one.

“Depending on the traffic source, they were spending an average of about $20 to acquire a customer.”

So, the key issues were

– To Minimize the re-targeting cost

– To increase the conversion rate

– To increase the cart value or AOV

“You made things complicated, let’s implement KISS,” we said…

So what was it?

“KISS” stands for Keep It Stupid Simple. Sometimes the task we want to perform in our businesses are super simple, but the mind makes it complicated.

our client made the sales funnel but not properly, everything was there in funnel ads, landing pages, one-page checkout, up-sell, cross-sell, down-sell, retargeting everything.

But still was struggling to become profitable in their e-commerce business.

I always said to my employees, Things are not complicated, Mind Makes.

So let me tell you the status before starting the project:-

– We already had a brand with some customer base.

– The store UI/UX was well built on the Shopify Platform.

– Product selection was not good

We were ready to take this client to Implement the KISS and start the counter of Shopify orders section.

So what we decided for the task was, to drive sales non-stop as well as implement the kiss strategy in that time period.

Are you ready to explore the strategy? Here we go…

Instantly after starting working on this project we stop each and every ads on each platform i.e. Facebook, Instagram, Google, etc.

and started working on developing a facebook messenger chatbot, Why?

Because the issue was if we run ads on Facebook without messenger marketing it might be possible to get some orders or acquire new customers but that’s not we were aiming for.

Getting orders was ok, but what about that traffic which we acquired and they didn’t post an order.

To retarget those visitors we need to run ads, again and again, that was the issue we need to fix.

and most importantly it’s not our company style to spend money, again and again, to sell every time, it’s not the kind of marketing I must say in 2019.

Marketing is, you spend one time and almost 50% of your total revenue is coming without spending dollars on ads.

Here comes messenger marketing in the role, something like email marketing but 1000% better than that, if done right.

So we develop a facebook messenger chatbot funnel to giveaway a 100% free product (No Product cost + no Shipping Cost) and decided to target the previous 1000 customers.

We sent them SMS and Email which includes Messenger Ref URL growth tool (available on manychat) twice in a day up to 3 days.

We acquired around 400+ subscribers on messenger after 3 days with 0 ad spend. who had shown their interest in the giveaway and joined.

P.S. – If you do not have a previous customer base or you are just starting, use facebook ads with objective messages or messenger marketing and try to acquire minimum 300 subscribers via ads, niche groups, Instagram or whatever place your audience exists.

NOTE:- Use keywords based trigger for facebook ads rather than JSON to avoid any kind of issue which generally occurs with JSON.

In this giveaway, once a user clicks on the I’M IN button inside messenger, it adds the tag to the user “Joined Giveaway”.

After that, it gets automatically subscribed to the sequence funnel which will declare the winner after 5 days of entering in giveaway.

While implementing the KISS strategy, it was important to drive huge traffic on messenger.

We used only ref growth tool since Instagram works great for the e-commerce industry, we used Instagram stories along with ref URL, in which visitor just need to swipe up the stories and that’s if they become a subscriber.

However, we spent only $100 on this task and acquired something around 150 subscribers for a giveaway.

But it was not a game-changer, we just did this to acquire some new hot leads for a giveaway campaign.

Using messenger marketing skills, we had developed refer & win giveaway funnel, and it appears in the picture just after the user gets the message that he/she is successfully entered to giveaway.

after that message, the user gets another message which is actually a way of bribing them. To win their chances of the giveaway they must share the giveaway card message with at least 3 of their friends.

But that’s just not the case minimum limit is 3 and they can share cards with more friends if they want to.

After 24 hours we had also sent them a message that they have shared with N number of friends and they must share with some more friends to win the giveaway.

We did this activity for alternate days, day 2nd after entering the giveaway and day 4th just to remind them to share to win the giveaway, whose winners are going to be declared after 24 hours.

How it changed the game?

We had total 850+ subscriber before running the giveaway funnel.

After 24 hours, 634 people shown their interest in the giveaway and joined.

Among of that 634 people, 350+ people shared the card with their friends which helped us to acquire around 1500+ subscribers in just 24 hours without any ad spend.

So now we had around 2000+ subscribers, just double of the number of customers which the client had acquired in 18 months.

and the good part was we acquired their email id,  mobile number, and facebook id. Which we may use for creating custom audience & lookalike audience on Facebook ads.

also to target these 2000+ subscribers we just didn’t require any kind of ads in the future. (until we are doing it right).

Issues we fixed so far:-

– Customer acquisition cost went from $20 to $0

– We’ll not have to spend again on ads

– The retargeting cost has gone null

let’s move to the next step.

Step 3:- Time to make the Shopify order section counter ON

So just after the 5 days, the day had arrived where we need to declare the winner. We did it, everyone on the list won.

What Swayam? Are you ok, how everyone can win?

Yes, you read it right. Everyone on the list won the runnerup prize, we broadcast message to all the people who have the tag “JOINED GIVEAWAY”.

“Hey [first name], congratulations you have won the runnerup prize of the giveaway, We have added $15 credit to shop at our store, meaning you will get flat $15 off on shopping of $50 or more. COUPON: URABN15”.

Tap the button below to use this coupon.

Result:- We got around 315+ orders worth around $15K some people also added upsells in their cart.

Also, we choose the one person from our analytics who shared the giveaway card with 30 friends.

It helped us to gain people trust, which is very important for any business. We posted the video testimonial of the customers on our social media accounts.

– The conversion rate was around 10%

We were not going to stop at this stage. We made a test by using messenger chatbot development skills on manychat.

Coupon distribution and redemption inside messenger and retargeting sequence have completely changed the game.

After 60 days we were making around $50K on profit.

We started using clickfunnels to sell some unique niche products related to health. Integrated Messenger funnels on clickfunnels and Shopify.

Why we separated the products rather than selling on the store because we wanted to build up multiple income options for the client.

Since we had the highest number of customers interested in health niche we separated them from the main store and started providing white label products under the client’s brand name.

Issues Fixed at this stage

– Make the customers engaged with the brand

What have we done with messenger chatbot, why it was different?

Anyone can build up messenger chatbot, but the chatbot which may help you to drive revenue is the task we perform.

Key points of the chatbot we used:-

– 100+  Keywords Integration to make bot interaction with humans. (after testing 100 bots we made this list ) – Clone Free Keywords Cheetsheet

– The strategy behind the use of the Main menu

– Segmentize users according to their interest in products collection.

– Followup sequence ( Too much care needed to avoid spamming)

After we had everything in place, we turned the traffic back on.

Do you know what that means? We needed to boost the sales so we started running facebook ads by using custom audiences.

That’s the formula for a winner!

Now all we had to do, was add more traffic, and watch how fast we could scale this offer.

And the results were awesome.

Within a month, we passed $50k in sales.

And by month #3, less than 90 days after making those changes, we had passed the $100k a month mark!

So, next time you start to build a funnel (or you’re trying to fix a dead funnel) – remember these two metrics:

1st – Do not make it over-complicated

If you can get those 2 numbers right, everything else will take care of itself.

P.S. – We do not know for how much time this flow funnel is available for such a low cost.

If you are watching this page, meaning offer is live now but soon it will disappear.

So this is how we were able to develop a store from $0 to $70K/month power house within 90 days of time period using Shopify Dropshipping Store. We have tried to be descriptive as much as possible. If you have any more inquiries you may drop the comments below and we’ll try to answer and help you out.

Askmeshout was started on 14th February 2017 and we have seen all the big Google algorithm changes and industry movements. We are here to give you best tips to start your blogging career with right steps.

Step by Step Guide To Leverage Facebook Ads To Generate $100,000/Month In Revenue 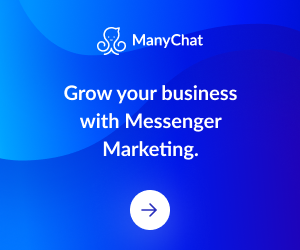 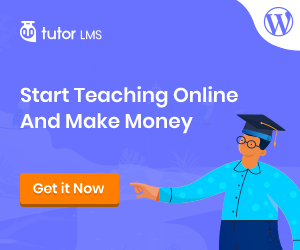 14 Days Trial FREE
Get 14 Days FREE Trial
Sales Funnel
Gives You EVERYTHING You Need To Market, Sell, and Deliver Your Products and Services Online! Without having to hire or rely on a tech team!
KNOW MORE...

Take 30 Days Challenge
Sales Funnel
We show you exactly how to create your first successful sales funnel from start to finish. Learn from the best and complete specific tasks every day for 30 days. Are you ready? Proven Strategies, Step by Step Instructions.
KNOW MORE...
No Result
View All Result